From Tuesday May 21st to Thursday May 23rd, the George R Brown Convention Center in downtown Houston was packed with the biggest names in the Wind and Renewable Energy industry for Windpower 2019.  Almost 7,000 people from around the world were there to represent their companies. The expo, hosted by the American Wind Energy Association (AWEA), is the largest wind energy event in North America, and we at Kardie Equipment (a TGM Wind company) are honored to be a major sponsor and exhibitor every year.

Texas is home to about 25% of all US wind power capacity and 25,000 wind jobs, so it’s no wonder AWEA chose the state’s biggest city to host this year’s expo. Houston has been deemed “the energy capital of the world” because of the efforts the city is making to use clean energy and contribute to this growing industry. The state of Texas has as much wind power generating capacity as the entire United States did in 2008, which was the last time that Windpower was hosted in Houston. 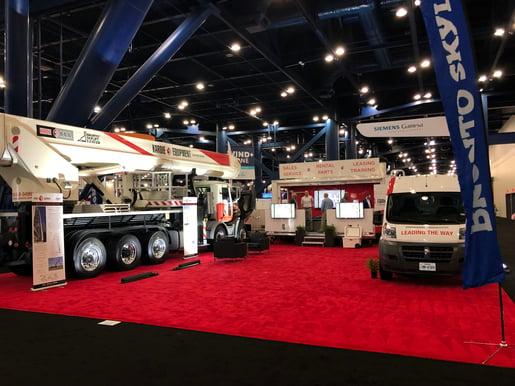 The theme of the 2019 conference was WIND+, reflecting “the growing network of partners and allies working alongside the wind industry to forge a cleaner, stronger US economy.” Throughout the speaker series, there was a strong narrative of community. It was even a part of AWEA’s tagline for this year: “Powering the future, together.”

Keeping with the theme, we teamed up with Bronto Skylift to show off our brand new S 230 XR. That, along with our decked out promotions trailer and dedicated Parts & Service Van, made for an entertaining and interactive booth that turned heads and caught the eye of the attendees passing by. The days were filled with foot traffic as well as prearranged customer meetings to discuss Kardie’s new sales and leasing programs.

There were a number of impressive booths throughout the exhibit hall. Vestas, a Kardie Equipment and TGM Wind customer, had a massive, two story structure that you could spot from all the way across the hall. Some booths had drones and other tech zooming throughout the hall, and everyone had amusing goodies to give away to visitors. 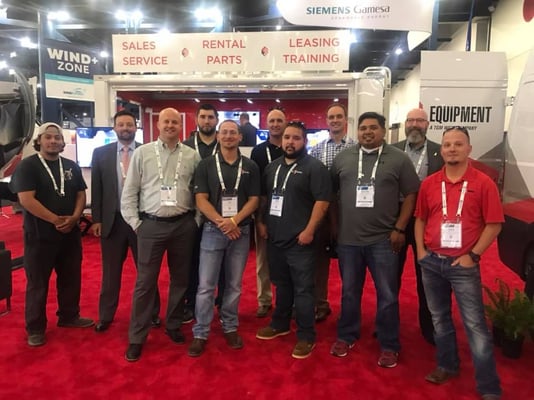 AWEA and the Windpower expo provided an excellent week of events to connect those in the industry. We had a wonderful time meeting new prospects, exploring opportunities and displaying the 230 XR. Make sure to grab your passes to the 2020 conference when they become available, and we will see you then!